Texans suffered greatly throughout the Valentine’s Day winter storm. The failure of the Texas power grid revealed many underlying issues which the Legislature must address. As a member of the Senate Business and Commerce Committee, I heard testimony last week from the industry stakeholders involved in the failures that occurred during the storm. Some of the most consequential and repeatedly mentioned problems include a lack of oversight, a breakdown of communication, and major failure in coordination within and between Texas’ regulatory agencies. This Legislative Session, we will overhaul the state’s entire energy grid, addressing three major failures during the February storm – oversight, communication and coordination.

Oversight: The Public Utilities Commission (PUC) is the agency charged with overseeing all power generation in Texas, from renewables like wind and solar to more traditional sources like coal and natural gas. Both renewable and traditional sources of energy generation were down during the February storm due to a lack of fuel supply, failure to weatherize, and some planned outages. While we know the disruption of the energy supply chain affected generation, it is also apparent that a state-wide failure to weatherize wreaked widespread devastation. This can only be attributed to a glaring lack of oversight and appropriate regulations. According to early numbers, roughly 60% of electric generation that was down can be attributed to a lack of weatherization. If all types of generation were appropriately weatherized, the state could have avoided days-long blackouts, as utilities would have been able to institute rolling outages. Weatherization is not a one size fits all solution; however, we must commit to working with each industry partner to implement reforms to prevent this from happening again, without putting a large financial burden on the backs of Texans. Potential weatherization regulations could include, for example, measures requiring onsite storage of natural gas at power plants. The energy generators have taken little action to weatherize their systems and facilities despite prior studies and direction, so it is the responsibility of the Legislature to ensure enforcement by the PUC.

Additionally, we found that about 6% of generation was down due to planned maintenance outages. The PUC and the Electric Reliability Council of Texas (ERCOT) have a system to notify generators of an impending weather event that will require a large amount of electricity. Upon notification, generators are required to stop maintenance and, if possible, get generators running to support the grid. Even though the PUC and ERCOT have this oversight role, there is no penalty if a generator chooses to ignore the warning and leave generators offline. The PUC and ERCOT failed to use their oversight authority to adequately plan for and warn of an impending weather event on the scale of a category five hurricane. The Legislature needs to ensure the leaders of PUC and ERCOT use the regulatory authority granted to them by law, and we must commit to supplying new and improved enforcement tools.

Communication: Communication between state agencies, specifically the PUC, ERCOT, and the Railroad Commission (RRC), and the companies they oversee must dramatically be improved. Furthermore, Texas residents should be alerted in all types of extreme weather conditions. Our state has adequate and reliable alert systems for more common weather events like hurricanes and tornados, but we do not have a well-developed system in place for winter weather events. The disaster that occurred during this polar vortex was equivalent to a category five hurricane hitting every county in Texas at the same time. However, agencies, electric utility and natural gas providers, and the general public failed to recognize, prepare for, or take this event as seriously as they would have if the impending dangers had been properly communicated. Texans should have been clearly notified of the storm and its severity so they could ready themselves with supplies and prepare to reduce electricity consumption. Increased communication would not have solved the entire problem, but it would have gone a long way in preventing issues such as hours-long lines to purchase essential items like food, water, and heating sources.

Coordination: The power grid in Texas is an interdependent circular loop, between supply of fuel and generation of electricity, yet the state agencies with oversight of these industries exist in very clear silos. These silos include the oil & gas regulator, the RRC, and the electricity regulators, PUC and ERCOT. Our state’s static approach to coordination led to a disconnect between industries at a time of crisis. The interdependency between industries such as natural gas suppliers needing electricity and generators needing natural gas exemplifies the need for coordination in their management. Accordingly, the interconnectedness between the RRC, the PUC, and ERCOT should be appreciated and nurtured in rules and regulations. Industry and regulatory coordination is vital to the proper functioning and operation of the entire system.

The bottom line is the Texas power system failed its citizens. This can never happen again. As Legislators, it is our responsibility and duty to correct the errors in the oversight, communication, and coordination that allowed for such a tragic event to unfold. I, along with my colleagues, am dedicated to ensuring that we do not leave the 87th Legislative Session without marked reform in our energy infrastructure and electric utility generation system. 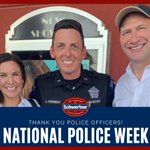